Find the Way Back Home

Taiwan is regarded as the possible origin of the Austronesian expansion. Since the Morakot Typhoon in 2009, the Kaladalan community in the Taimali River Basin has become a home-like base for me, enabling my exploration of multiple indigenous communities in Taiwan. My tribal experience, the stories I heard and being moved could not be interpreted entirely through words. Only by inviting you to visit the communities and live with the people yourself, could I ensure that you experience it. In 2015, I was invited by the “SmileQuaterly- Taiwan Indigenous” to interview people in Laipunuk, Lalauran, Buliblosan, Kungadavane, Kalibuan and Tongan, where I have been familiar with or newly visited. The stories of them were presented with those of other more communities. Although these stories were merely a tip of the iceberg in this cultural tourism-oriented magazine, I hoped they arouse some curiosity of the readers, and attract you to comb through the history of forced migration, root seeking, cultural identity and homeland mobilization related with all Taiwanese. 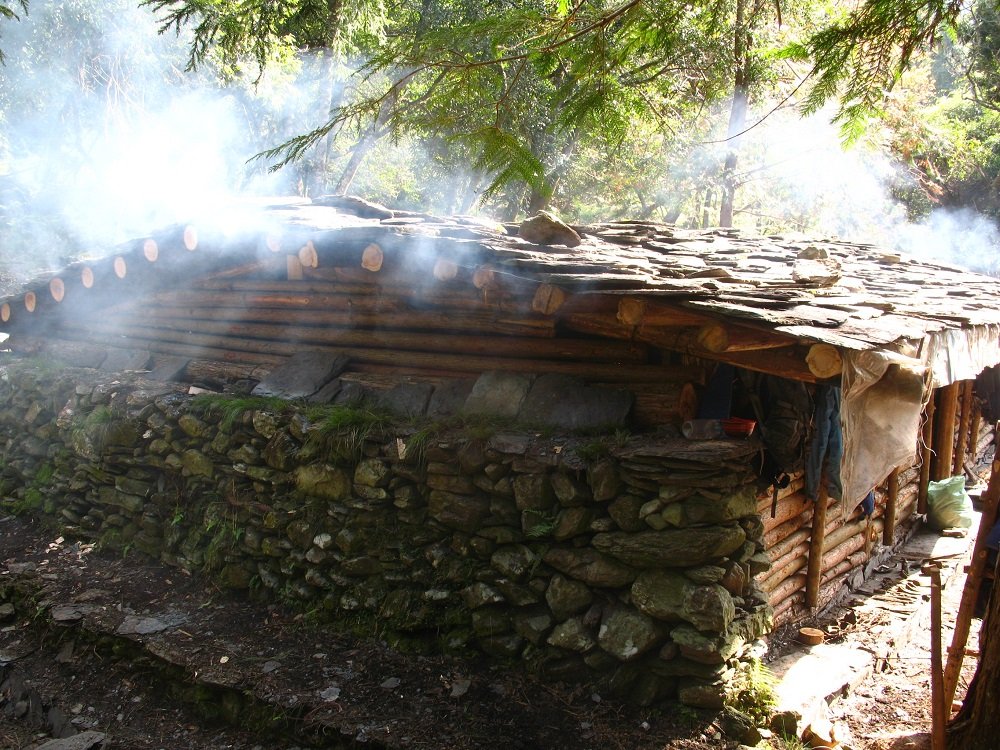 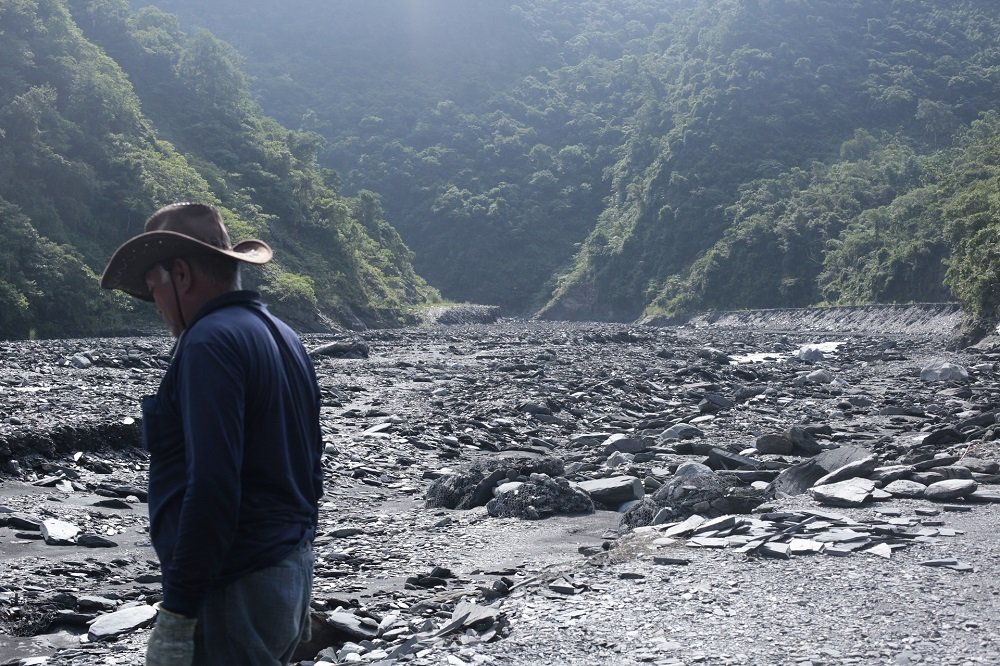 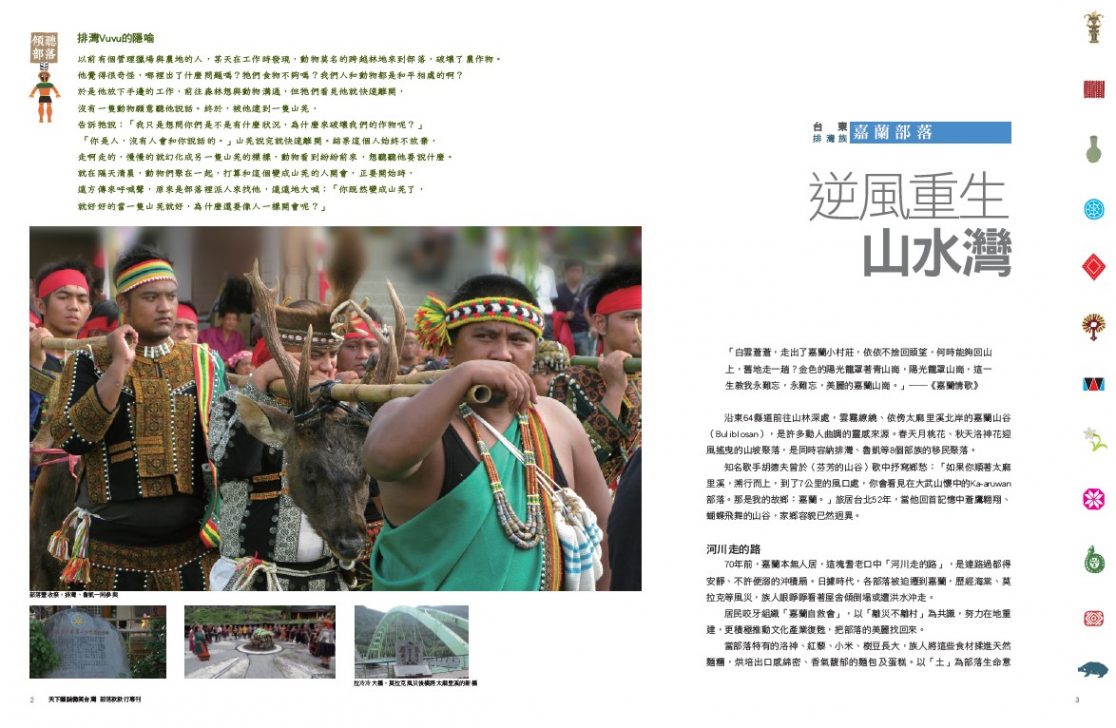 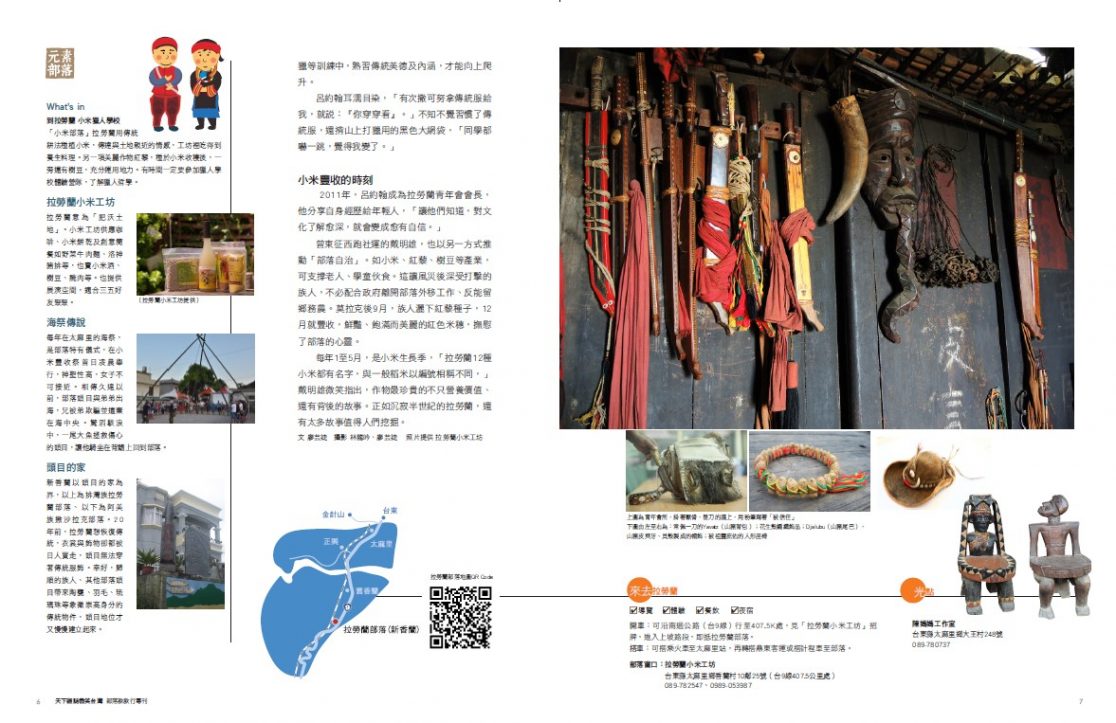